Artists and inventors transform dimension. They make a 2D sketch, then build a model of that sketch in 3D. They build a 3D environment, take pictures of it to use in 2D images. Autodesk 123D had a feature that took your 3D model, sliced it up into 2D pieces that you would then cut from a flat sheet of material and reassemble in 3D.

This toggling between 2D and 3D gets even more interesting when you introduce soft materials. In the example above from Prosthetic Knowledge, they are making 3D models in CAD, processing them to generate a one-piece cut pattern for fabric, then using a jig (of that same cut pattern) to attach zippers to the patterns’ curvy edges so that it can be reassembled in 3D. The result has a topographic quality that is really beautiful.

Another take on this process was explored by Josh Jakus, a textile designer and fabricator, who used a similar approach to create some gorgeous felt bags a few years back. His bags employ “simpler” cut patterns and the results are less topographical and more sculptural. Melanie Shapiro is the CEO and co-founder of a wearable identity system, Token. Shapiro holds a PhD in Consumer Behavior from the University of Reading, sold her first tech company, Digsby, in 2010, and has spent time as a researcher for Microsoft.

In this video, Shapiro spends a glorious eight minutes talking about her product at a high-level, “We are trying to give people control of their identity and we start by eliminating all of the things that you have to carry around to prove who you are.”

She’s talking about the social and human behavior that her design team is responding to  (the problem space) and not the technological features that her team is building (the solution space). Shapiro offers us some history,

“When we were living in villages, our society was only as big as the 150 people around us. People knew us by our personhood…and that was enough. Complexity was added when that society grew to be a global society and suddenly I need to prove who I am to someone that is all the way on the other side of the world and that person has no history with me. How do we create that sense of trust?”

And then goes on to critique the centralized and siloed structure of our current solutions for creating trust. It’s an insightful and articulate critique.

It’s such a pleasure to watch a tech video that isn’t focused on features but rather on human behavior, culture, and society. And I appreciate a smart device team that thinks beyond the screen and beyond siloed solutions as the Token team is doing. The tech world needs more of this.

Katerina Kamprani is an Athens-based architect who has designed an entire series of objects that are meant to make you feel uncomfortable. In most cases, the architect has changed just one tiny aspect of an object–the thickness of a fork or the orientation of a broom handle. And this little change renders the object completely useless. It also calls attention to how important good design is. And finally, the collection is incredibly playful. What a fun project!

If you want to see the entire collection, go to: https://www.theuncomfortable.com/

and be sure to check out this short interview with Kamprani here.

Jie Qi is the co-founder of a digital-paper-circuits company called Chibitronics. She’s also a Berkman Fellow and an alum of the Hi-Lo Tech Lab at MIT.

In the video above, Qi demonstrates the analog precursor to Chibitronics with her Circuit Sticker Sketchbook. It’s a delightful workbook and equally delightful demo video. And if you’re into product evolution, you can find some earlier iterations of Qi’s sketchbook on youtube like this video here

I admire inventors like Jie Qi that create easy-to-use modular systems that help people be creative. Systems like legos or tinker-toys or little bits or bare conductive!

Bare Conductive is a UK based company that makes conductive paint. Not only do they make and sell this paint, but they have designed some pretty neat projects to help you imagine how their product might be used. The lamp kit in the video above is wonderful.

Artists and Inventors observe the world around them and make things that aim to improve it. Sometimes that means adding something, sometimes it means taking something away, and other times it means picking out one or two details within a situation and transforming them.

I love this 2009 Kid Cudi video by French designer, So Me. In the video So Me draws flat, colorful animations on top of footage of mundane scenes. Two pizza makers turn into DJs spinning records. An aisle in a bodega turns into the yellow brick road from The Wizard of Oz.

With some imagination and the right box of crayons, what might you transform? 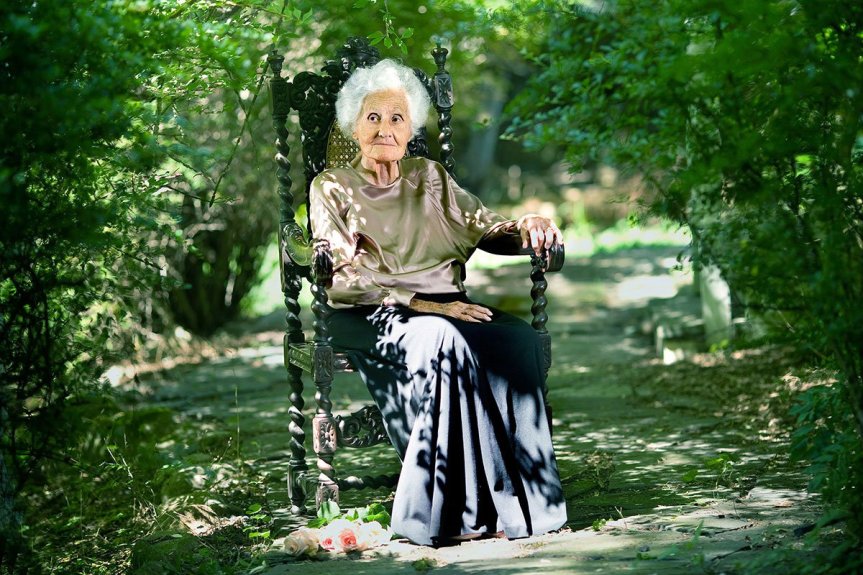 Every time I see Eva Zeisel’s work in a museum, I let out an audible, “Oh! Eva Zeisel!” Her work is delightful in how she combines lines from nature with simplicity and playfulness and functionality. Zeisel’s work calls for an audible “Oh!” It’s the appropriate response.

Eva Zeisel lived to be 105 and worked her entire life. She was born in Budapest and schooled in the guild system there. She then worked in Ukraine and in 1936 she was arrested in Moscow, imprisoned for 16 months, then moved to Vienna upon her release. In 1938 she fled the Nazis and immigrated to the US. In 1946, she was the first woman to have a one-woman show at MoMA.

I call myself a maker of things. I don’t call myself an industrial designer because I’m other things. Industrial designers want to make novel things. Novelty is a concept of commerce, not an aesthetic concept. The industrial design magazine, I believe, is called “Innovation.” Innovation is not part of the aim of my work. We are makers of things…we are actually concerned with the playful search for beauty…. Sarah Smith, who was a mathematics professor at MIT, wrote, “The playful search for beauty was Man’s first activity”…The word, “playful” is a necessary aspect of our work…this for me is now 75 years.

A 75-year career really gives you time to think deeply about your work and it’s relationship to the world. Some argue that work from her time–the Bauhaus style–isn’t relevant to the 21st century. I used to argue this too but my thinking has evolved. Because when you zoom out and look at what the Bauhaus was doing in that particular time and space, they were searching for a new vocabulary at the emergence of a technological and political revolution. The same thing is happening now. It is relevant. And we might do well to look back at masters like Zeisel to find the beauty and the usefulness of it all. A sense of play. Our humanity. 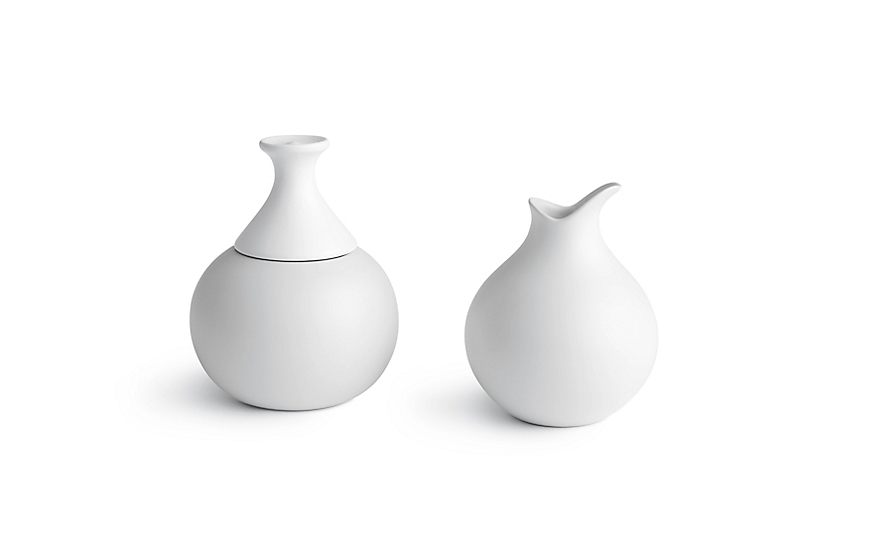 I adore these photo montages from Berliner artist, Isabel Reitemeyer. When I contacted the artist for permission to reprint her work, I asked her if there was anything she’d like to promote. She replied simply, “When it comes to my art, less is almost always more.”

This principle of ‘less is more’ applies to so many objects and systems. Posters, emails, products, conferences. When inventing and creating, we must resist the urge to cram it all in. Instead, ask yourself, “What features can I strip away? And how does that stripping away make what remains more clear?”

Because we don’t want clutter. We want clarity. Clutter is a Victorian-era design principle. And we are past that, aren’t we?

related reading (from the archive): Nile Rogers on Figure-Ground

Dr. Sabine Seymour is the Founder & CEO of SUPA. SUPA designs a modular system of trims (like zippers) that performance apparel companies can integrate into their product line to give it sensing and data tracking capability. Wanna make an impact? Design modular systems with emerging technologies for companies that already have distribution.

Seymour is also the Director of the Fashionable Technology Lab at The New School. Check out more interviews with her in this PBS series called “The Secret Life of Scientists and Engineers.”

One of the transitions that inventors are going through is a transition from designing the one-and-done, disposable, standalone objects of the 20th century to designing smart objects that communicate with complex systems in time and space.

The inventors and companies that will rise to the top of this new, competitive landscape will be the inventors who think beyond their product’s capability. These inventors will thoughtfully explore how their inventions fit into the big picture–an ecosystem of sensors and actuators and computation and data. They will strive to design objects, data sets, and communication protocols that play well with others.