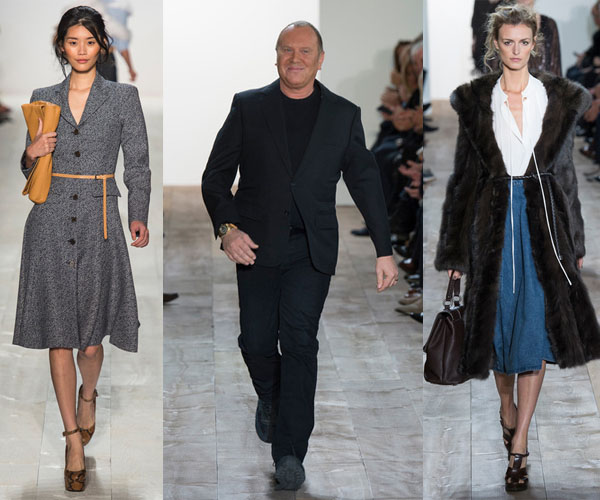 There’s this moment from the show Project Runway that I wish I could find on youtube. In this moment, a contestant is up on the stage receiving critique from the judges. As I remember, the judges liked his work in this round and were giving him positive feedback. Relieved, the contestant starts crying and says, “I had such a hard time with this challenge [sob]. One minute I was happy [sob] the next minute I was in tears and questioning myself….”

At this moment, judge and world-famous designer Michael Kors interrupts the contestant to point something out. He holds up his left hand, points to the contestant and says, “You know that feeling that you are having right now? [long pause]. That feeling [another long pause]. It. Never. Goes. Away. [hold silence].”

When I heard him say that, I felt such relief for the contestant and for myself as a creative person. I thought, ‘If Michael Kors, one of the most famous and successful designers in the world, felt that he needed to stop this contestant to share this insight about his own creative life, then it must be true and it must be important.’

Self-doubt and questioning, this is what creatives do. It’s just how they work. Yes, it makes them a little crazy and it drives their friends a little crazy too (especially the accountants!). That tortured artist thing isn’t a myth. It’s real as alluded to in a well known Kors quote, “Fashion isn’t for sissies.”

So what can we do about this doubt? As with most things that are hard, be mindful of it, even accepting of it. And learn how to manage it. Because that feeling? That feeling that you’re having about your work right now? It. Never. Goes. Away.

Michael’s Night at the Met Gala