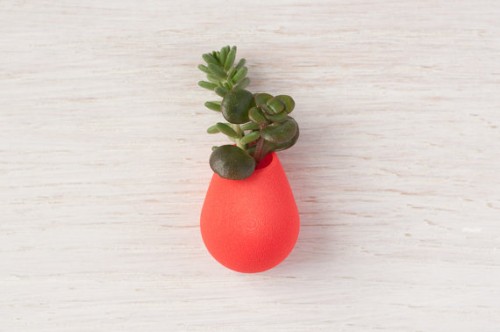 It’s likely that you’ve heard of 3D Printing by now. But for some, the technology still seems mysterious. You may have questions like, “What exactly is 3D Printing” or “Why does 3D Printing matter?” Below are some answers.

HOW THE TECHNOLOGY WORKS. 3D Printing is kind of like a hot glue gun that has the brains of a MRI. Each printer has a heated nozzle in that is fed filament. The heated nozzle extrudes hot plastic  that quickly cools into a solid form. But a 3D Printer isn’t guided by a person’s hand like a glue gun is. A 3D Printer is guided by the X, Y, and Z coordinates of a digital 3D image. It uses these coordinates to move the nozzle and print bed so it can recreate accurate, tangible 3D objects.

When a technology becomes cheap and easy to use, more and more people get their hands on it and start using it. Thus, it becomes democratized.

WHAT DOES THE TECHNOLOGY AFFORD? For what 3D Printing lacks in speed, it makes up for in customization. If you have a broken part on a stroller, for example, you can 3D scan the broken part, repair the part in 3D software, and print a new part. So it keeps us from having to throw out an entire product just because one little piece is broken. Another custom application we are seeing is the printing of custom prosthetics for children. Before 3D Printing became cheap and easy to use, prosthetics weren’t attainable for children because they would be outgrown at a pace that made the cost not worth the investment.

WHY DOES 3D PRINTING MATTER? It matters because in a pre-3D Printing world, if you wanted to design, make, or distribute a product or part, you needed access to expensive software, machinery, expertise, and distribution channels. Those barriers are dissolving. Now all you need is access to the internet and a device to work on. You can literally design a product on your phone and upload it to a 3D Printer anywhere in the world for manufacture. This opens up the field of product invention to everyday people. And as we’ve seen with previous democratizations of technology like video, everyday people make a lot of cheezy stuff (cat videos), but they make important stuff too (citizen journalism).

HOW CAN I LEARN MORE ABOUT 3D PRINTING? We have two 3D Printers at IG. But better than machines, we have a wealth of expertise. At present, IG Board Member Chris Westling is teaching a class on 3D Printing. He also takes the 3D Printers out on the road: Chris was recently a hit at STEM night in Caroline Elementary Schooland I bet you’ll be seeing him at Ed Tech Day at Ithaca College. Additionally, on Tuesday nights he hosts an open house at the makerspace. Come on down and check it out.

If you’re more of a “learn on your own” type, we recommend you have a look at thingiverse – an open source library of 3D objects. Then hop over to tinkercad and do some of the tutorials to learn the basics of 3D software. Then come on down to IG to print your file or upload it to a service bureau like shapeways.

Do you have an invention you’d love to design and create? If so, share it in the comments!