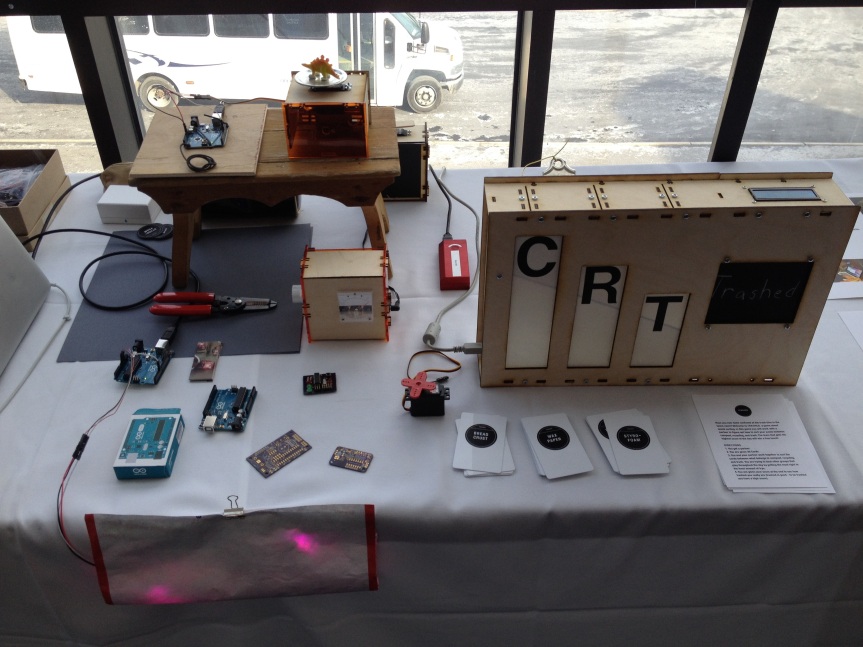 There’s a concept in Buddhism that’s often borrowed by folks who teach creativity. It’s called “The Beginner’s Mind.” Adopting a beginner’s mind about a subject or project is supposed to allow us to be open to many more possibilities than if we approach the project as an expert.

This past week I found another great use for beginner’s mind. I was at Ed Tech Day at Ithaca College sharing the work I am doing with my students in the Department of Environmental Science there. The exhibit was titled “Arduino in the Classroom” and folks really enjoyed talking with me about it.

Part of what made the conversation so engaging, I realized, is that when it comes to Arduino, I am a beginner. Thus, when talking about Arduino I was much more clear about it than I am with what I have expertise in, such as design.

I found it easy to talk about the Arduino and what it means in the world. Most people think it’s something for kids, but I was there in part to correct that assumption. Arduino is the stuff that’s hidden inside of most of the products we use every day, but because it’s hidden inside folks don’t relate.

Which is why people are so easily excited about 3D printers. The stuff that comes off a 3D printer looks like something they might own or see in a store because 3D printing provides the skin of a product. Arduino is the guts. And it’s much easier for average folks to identify a person by their skin than by their guts, right?

Once I got them looking at the guts, I explained with a very simple example (servo sweep), how hardware and software work together to make our stuff do stuff. And then I explained how what we prototype on an Arduino can be made into a circuit board diagram and manufactured in USA, in a batch as small as three boards! And that was it. People got it. And they were amazed. As they should be. The democratization of this type of technology is amazing.

Thank you, beginner’s mind, for helping me tell that story.